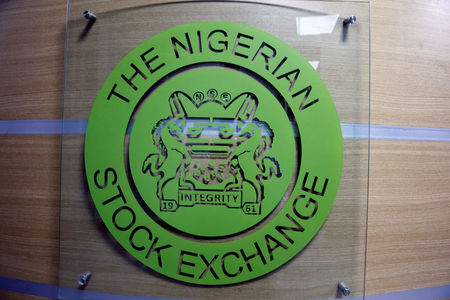 WORLD OIL PRICES
Oil prices extended losses on Wednesday, hit by a surprise
build in oil inventories in the United States and as OPEC
and its allies left markets in limbo by delaying a formal
meeting to decide whether to increase output in January.
O/R

EMERGING MARKETS
For the top emerging markets news, double click on
STOCKS
For the latest news on African stocks, click on .J

SOUTH AFRICA MARKETS
South Africa's rand rallied more than one percent on
Tuesday, recouping most of the previous session as hopes of
a coronavirus vaccine and signs of economic recovery around
the world kept investors interested in risk assets.
MARKETS
Nigeria hopes to attract more remittances from its diaspora
to boost foreign currency liquidity after the central bank
issued a circular on Monday lifting rules that had
restricted inflows.
FUEL
Nigeria will offer free conversion to enable some cars to
run on gas, and its Central Bank will make some 250 billion
naira ($656.69 million) available for infrastructure in a
bid to expand gas use and cut reliance on imported fuel, the
government said on Tuesday.
MARKETS
The Kenyan shilling KES= was trading at its all time low
against the dollar on Tuesday, as focus remained on customer
deals as lack of movement in the exchange rate has
discouraged interbank deals.
COAST COCOA
Ivory Coast has not sold up to 15% of cocoa from its ongoing
main crop, while the vast majority of the upcoming mid-crop
remains unsold as the COVID-19 pandemic drives down
chocolate demand, four industry and regulatory sources said
on Tuesday.
ECONOMY
Ghana holds presidential and parliamentary elections on Dec.
7 amid concerns over its rising debt pile, but that has not
stopped some investors from buying up its bonds on a bet
that the next government will move to repair the public
finances.
CONFLICT
Ethiopia's nearly month-long war against rebellious northern
forces may be transforming into a guerrilla conflict,
experts said on Tuesday, even though federal troops declared
victory after capturing the Tigrayan regional capital at the
weekend.
ELECTION
A music producer for Ugandan pop star and presidential
candidate Bobi Wine has been wounded in the mouth by a
rubber bullet during clashes between security personnel and
Wine's supporters, a spokesman for his party and police said
on Tuesday.
For the latest precious metals report click on GOL/
For the latest base metals report click on MET/L
For the latest crude oil report click on O/L