Dismal oil demand forecasts have dominated the market recently. OPEC, the EIA, IEA and British oil major BP (NYSE:BP) have all downgraded their expectations for when oil demand will return to 2019 levels. In fact, the IEA’s recently released World Energy Outlook, outlines a scenario in which the world does not reach consumption of 103 million barrels per day until 2023. 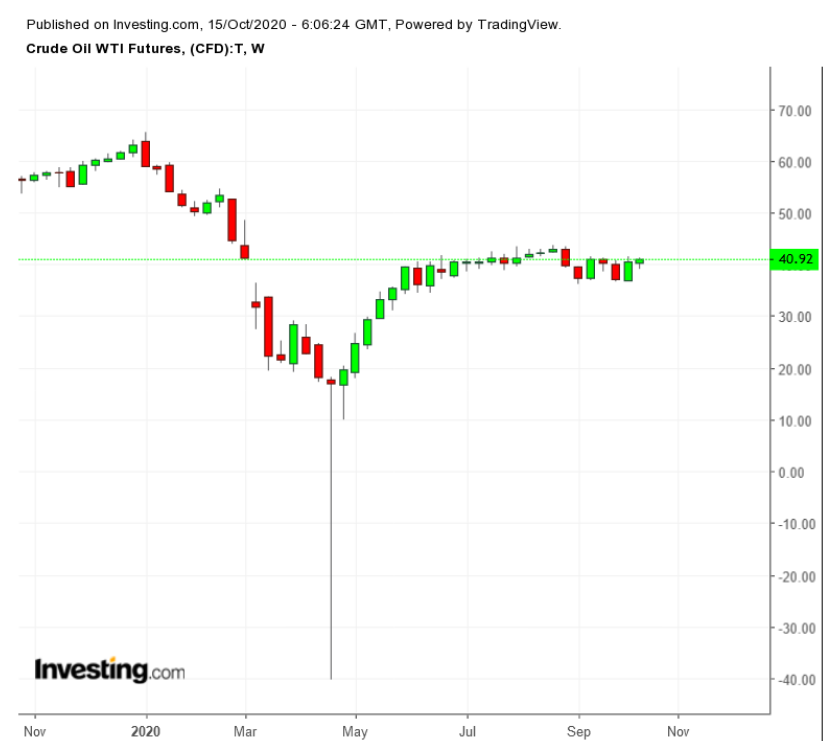 OPEC recently cut its forecast for oil demand in 2021 by 80,000 bpd based on slower economic growth projections. (You can find this column’s discussion of BP’s forecast, in which one scenario posits that global oil demand has already peaked, here).

What are OPEC and OPEC+ planning to do in light of these depressing demand forecasts?

The current OPEC+ agreement calls for the group to add another 2 million bpd to the market starting January 1. However, last week, the Wall Street Journal wrote that Saudi Arabia is considering pushing back the 2 million bpd increase in production to the second quarter of 2021. This would be because of lower-than-expected demand growth. Adding fuel to the speculation, Bloomberg also reported that some other OPEC+ delegates support the idea of postponing the increase in production.

However, this Tuesday, Reuters reported that the UAE oil minister, Suhail Mazroui, said at the Energy Intelligence Forum that the OPEC+ cuts will be “reduced at the end of this year as we walk into 2021.” Mazroui may have been taking a stance before the meeting next month, or he may have been stating what the current plan is with a potential for change. We might not know what OPEC will do until the meeting (now scheduled for the last day of November, with OPEC+ meeting the following day).

At the same time, Libyan oil is also coming back on the market after disruptions due to internal political and military strife. Already, 300,000 bpd is flowing, and another 300,000 bpd is expected to hit the market when the recently restarted Sharara field hits full capacity. Libya has been exempt from the OPEC+ production deal due to the political and military instability that forced the closure of its major oil producing fields and its ports. Now that Libyan production is getting back online, it is unlikely that the country will agree to cut its production. Any OPEC decisions will have to take into account this approximately 600,000 bpd increase from Libya.

Traders must ask, if demand remains basically stagnant through the rest of 2020 and into the first quarter of 2021, can OPEC+ really afford to unwind its production cuts by 2 million bpd? If it does increase production by the 2 million bpd the current agreement outlines, will Libya’s added 600,000 bpd be included as part of that amount or in addition to that amount?

Of course, for the last few years the most important question concerning OPEC+ has been: What does Russia want to do? Russia has had a near veto power for most decisions since the OPEC+ group was formed.

On Wednesday, Saudi Crown Prince Mohammed bin Salman reportedly spoke with Russian President Vladimir Putin about the oil market. The emphasis of that call was apparently the importance of maintaining the OPEC+ deal to “achieve and maintain stability” in the oil market, but there were no hints from that call about future production policy. On the same day, Russian Energy Minister Alexander Novak said that he sees oil demand improving and that OPEC+ believes “we will be able to gradually raise production” and that the group would move forward with the previously-decided plans to produce more.

Traders should not take Novak’s words to mean that a change in plans is off the table, because there is still a month and a half until the OPEC and OPEC+ ministerial meetings. Rising inventory levels and poor economic data could still push the group to delay the production increases for a few months, particularly if Saudi Arabia can make the argument that production increases would be detrimental to the market and oil prices.

Over the last four months, oil prices have remained remarkably stable. At some point they have to move, and OPEC+, like everyone else, is waiting. Between now and the OPEC and OPEC+ meetings, we will have another month and a half worth of demand data, a hugely important U.S. presidential election, and further information on the coronavirus and government responses. Right now, OPEC+ is as unsure of the oil market as traders are.