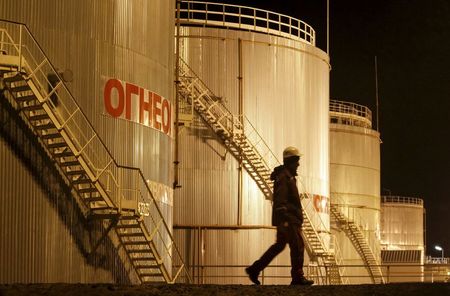 (Bloomberg) -- Oil erased losses to trade little changed as investors shrugged off a comment by President Donald Trump that the U.S. hasn’t agreed to fully roll back tariffs with China.

Futures were little changed after dropping as much as 2.4% in New York on Friday. U.S. equities drifted after Trump said the U.S. hasn’t agreed to a tariff rollback with China, dimming hopes for a preliminary trade deal next month. Investors have been whipsawed the past two days amid an onslaught of contradictory headlines about progress in the trade war.

“The U.S. is still looking to get something done so it’s just an on again, off again thing with bantering back and forth,” said Kyle Cooper, research director at IAF Advisors and Cypress Energy in Houston. “Optimism regarding the U.S.-China trade deal is the driving force behind it.”

Oil has fallen about 15% since hitting this year’s peak in April as the trade spat saps crude consumption and global supplies expand. OPEC and its partners will probably keep output steady when they meet next month as markets are on track to re-balance, according to Goldman Sachs Group Inc (NYSE:GS). and Trafigura Group Ltd.

“OPEC’s ability to cut production and help prices firm has neared its limits and Saudi Arabia might find it difficult to convince other members to deepen product cuts,” said Daniel Ghali, commodity strategist at TD Bank in Toronto. “If OPEC can’t deepen their commitment we are set for an oversupply and that is going to be bearish for prices.”

Brent for January settlement rose 17 cents to $62.46 a barrel on the London-based ICE (NYSE:ICE) Futures Europe Exchange. The global benchmark crude traded at a premium of $5.15 to WTI.

“The U.S.-China trade talks are heading in the right direction” but “there are still several obstacles that will need to be overcome,” said Stephen Brennock, an analyst at PVM Oil Associates Ltd. in London. “The road to a final resolution will be bumpy. The upside for the risk-asset complex is limited and the current momentum is built on wobbly foundations.”

Rolling back tariffs would pave the way for a de-escalation in the trade war that’s cast a shadow over the world economy. China’s key demand since the start of negotiations has been the removal of punitive tariffs, which by now apply to the majority of its exports to the U.S.

“If anything Trump’s statements were a dose of reality,” said Ashley Petersen, oil market analyst at Stratas Advisors in New York. “Investors got a little to optimistic and too excited and spiked these prices and now we are seeing a rollback as the White House comes out with fairly firm statements.” 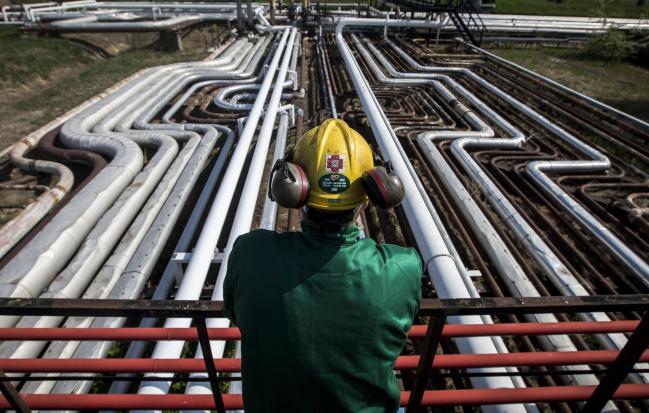